Stay safe at all times, it is not only important to feel beautiful, you must also remain protected. At Dándara we offer you our fully approved masks with the best quality.

You have several options and you can buy them in packs, from 2 masks to our pack of 50 so you never run out of them. Of course you have them available in your usual store, do not forget to ask for them. 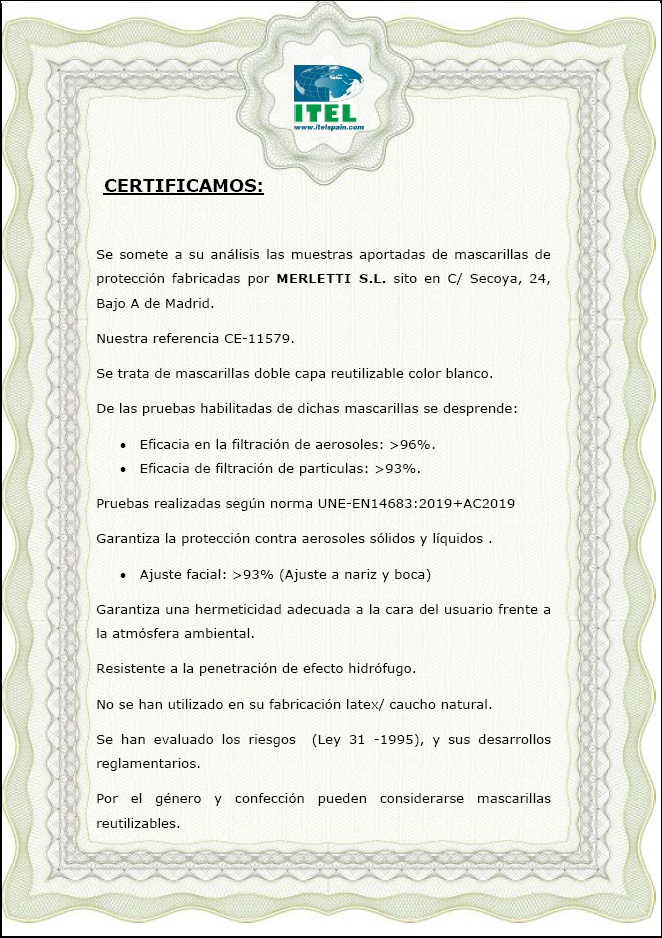 These reusable masks are susceptible to sterilization in an ozone cabin, tests determine their non-alteration of their original characteristics.

It allows autoclaving at 120ºC. On the other hand, the capacity of these masks to filter particles according to UNE-EN149 has been analyzed.

Result: Filtration of particles 0.3 microns in diameter and larger, equivalent to a filtration efficiency of at least 95%. Complies with current regulations for reusable mask.

The tests have been carried out in accordance with the UNE-EN ISO-05 standards.

The tests have been enabled simulating the areas of greatest friction of these sanitary masks. Result: 5 (max. 5). The protocols of the UNE-EN ISO 12945-2 standard have been followed.

Its resistance to the penetration of liquids and bacteria complies with the provisions of the EN-13795 standard.

It also resists abrasion, breakage and stress according to EN-13795 standard. It complies with everything specified in the new UNE-0065 standard.

This genus is free of harmful or toxic ingredients. Does not give off unpleasant odors. Rosin free.

All tests have taken into account the European Directive on medical devices CEE / 93/42.

Save products on your wishlist to buy them later or share with your friends.

No account? Create one here
Product added to wishlist

We use our own and third party cookies to improve your experience and our services, analyzing the navigation on our website. If you continue browsing, we consider that you accept its use. You can get more information in our Cookie Policy.